Wynonna Judd Says Her Tour Will Go On Wynonna Judd made the announcement during Sunday's memorial service for her late mother, Naomi Judd, at Nashville's Ryman Auditorium. Wynonna said, "After a lot of thought, I'm gonna have to honor her and do this tour."

It kicks off September 30th in Grand Rapids, Michigan and wraps up in Nashville one month later. Wynonna will make ten stops. 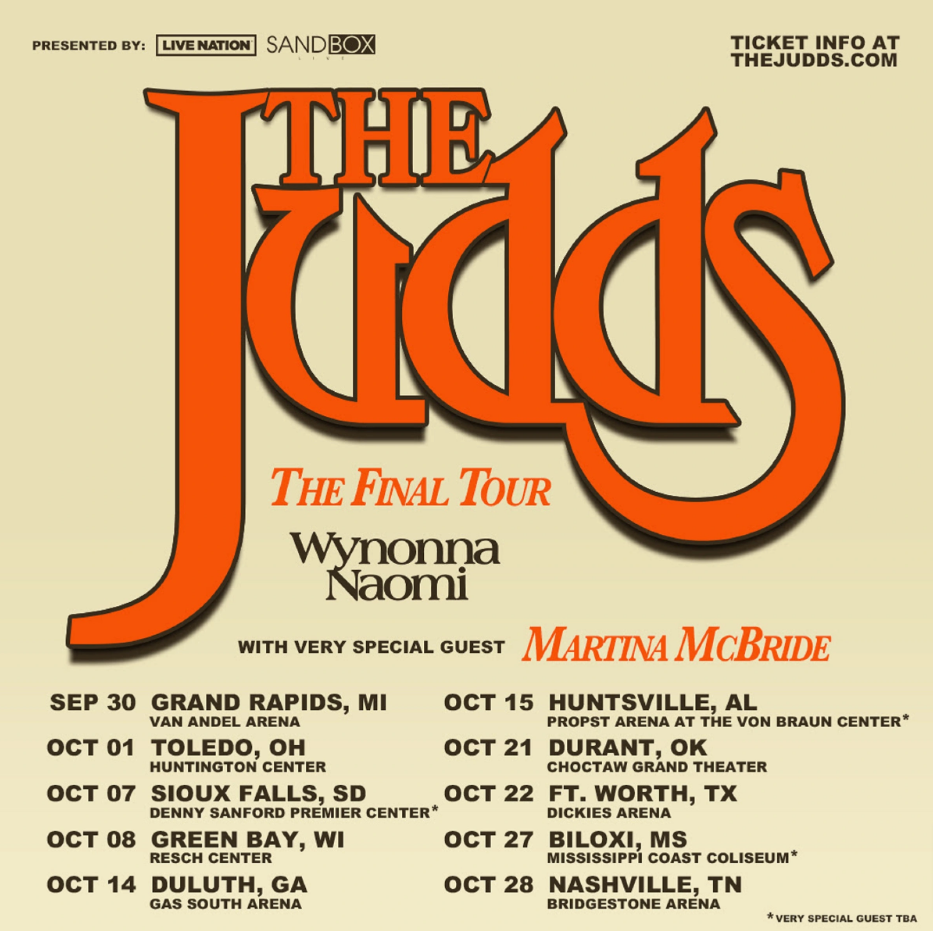